Remember way back when (say, five years ago) when long-time residents of Point Breeze tried to stop real estate developer John Longacre from turning the former Wander Inn into a craft beer bar? Their fears of gentrification delayed the opening of American Sardine Bar by at least a year.

But open it did, and fans of Longacre’s landmark South Philly Tap Room a few blocks away now had another place to drink high-end beer from cans and curb their munchies with fried PB&J sandwiches. Things haven’t gotten much easier for Longacre–what with community members trying to shut down his Point Breeze Beer Garden this summer–but at least the Sardine Bar still stands, four years after opening.

And so tomorrow, starting at noon, Sardine staff and friends will celebrate the bar’s anniversary (and its tenacity) with a party. The kitchen will whip up a fanciful menu and guests will play games, compete for prizes and tipple a spectacular draft list.

Notice the PBC Kenzinger at the bottom – an easy-to-obtain local flagship that we can only presume is being kept on amidst the headliners as a gesture of friendship for the brewers who named one of their first beers “Newbold” after the new name Longacre gave to the SPTR neighborhood with good intentions yet over the objection of some residents.

Call it what you will, Newbold, Point Breeze and much of South Philly have become commercial and residential magnets for Longacre’s clientele and their friends, and PBC engenders that modern street cred, as do Longacre’s cluster of three establishments (the Brew bottle shop moved in nearby).

Certainly playing into the fears of his critics, Longacre told Craig LaBan in 2012, “I have no idea why hipsters like going into bad neighborhoods and obscure locations, but I’m glad they come. … I know I feel safe here. Plus, I’m more of a danger to myself.”

“It is a bakery that invites to you make yourself at home around their farmhouse table. And it’s not the kind of eatery you’d expect to find in South Philly. What make this place so special?” Vittoria Woodill from Taste With Tori on CBS 3 reports.


Besides the delicious food and the ingredients that go into the dishes, this place offers people a once-a-week unique dining experience. Get ready to make a reservation.

Walking into Miss Rachel’s Pantry is like walking into your mom’s kitchen back in the ’50’s – that apron; those glasses; that refrigerator.

On the table warm sticky buns or maybe french chocolate brownies. Rachel Klein, owner of Miss Rachel’s Pantry is fussing to make everything perfect and everything vegan. No dairy, eggs or meat.

Style spread made from soy beans. How about a dip in the pub cheese?

“We take the cashews and grind them up and get to sleepover night with probiotics until they get nice and tart. Then it’s ground up with sun-dried tomatoes, smoked paprika,” Klein says.

Miss Rachel’s Pantry sells soups, sandwiches and sweets on Friday, Saturday and Sunday. But on one of those days, something special happens here.

The former location of Burg’s Lounge at 21st and Federal has seen a huge transformation in the past year.

The once dated corner property is now home to an affordable neo-bistro by the name of Buckminster’s. This new restaurant from the owners of Cafe Lift, Kensington Quarters and Bufad opened on November 15. 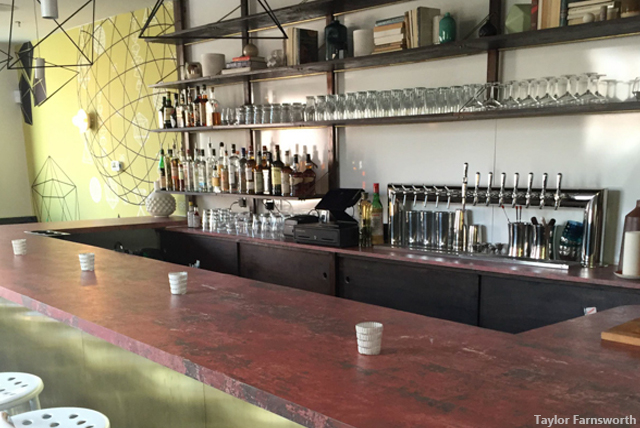 Owner Michael Pasquarello thought of Buckminster Fuller, the 1950′s architect, as he was searching for light fixtures for this new restaurant. At the time, the restaurant had no concept or name. The idea of Fuller then helped shape the vision for the restaurant based on his values of sustainability, form and function. While the restaurant isn’t a full-on homage to Fuller, Pasquarello says, it is inspired by him in various ways. 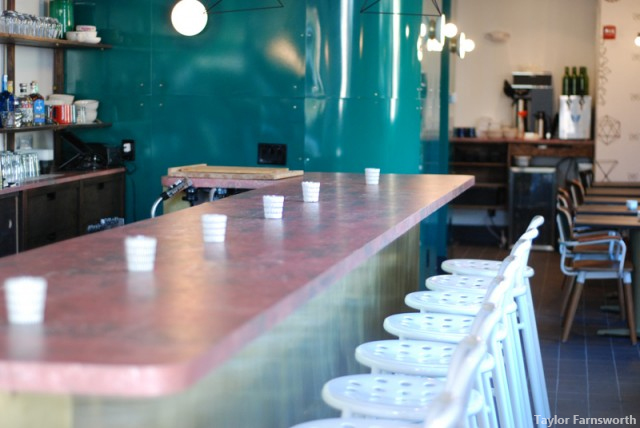 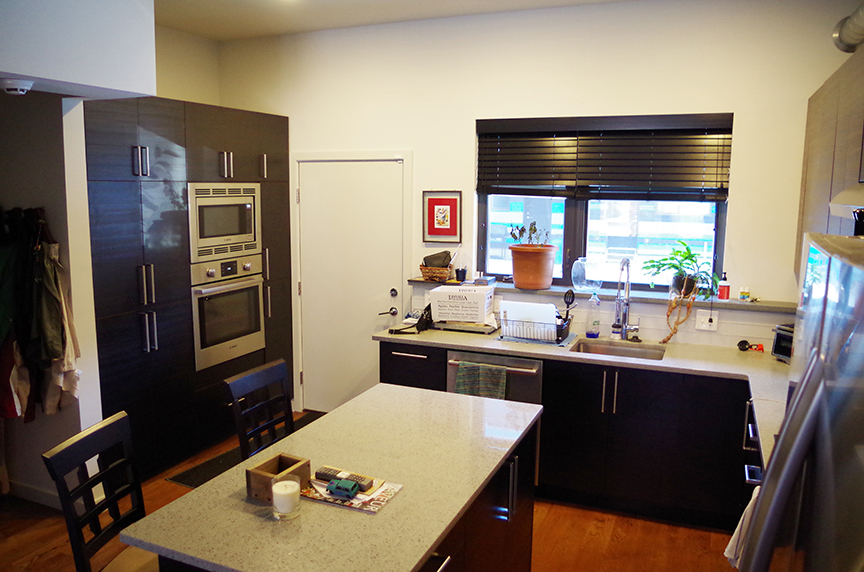 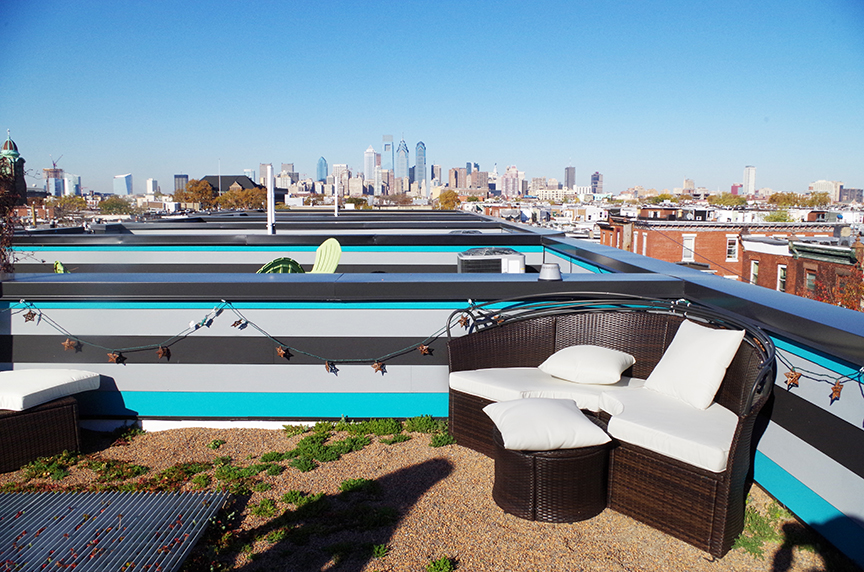 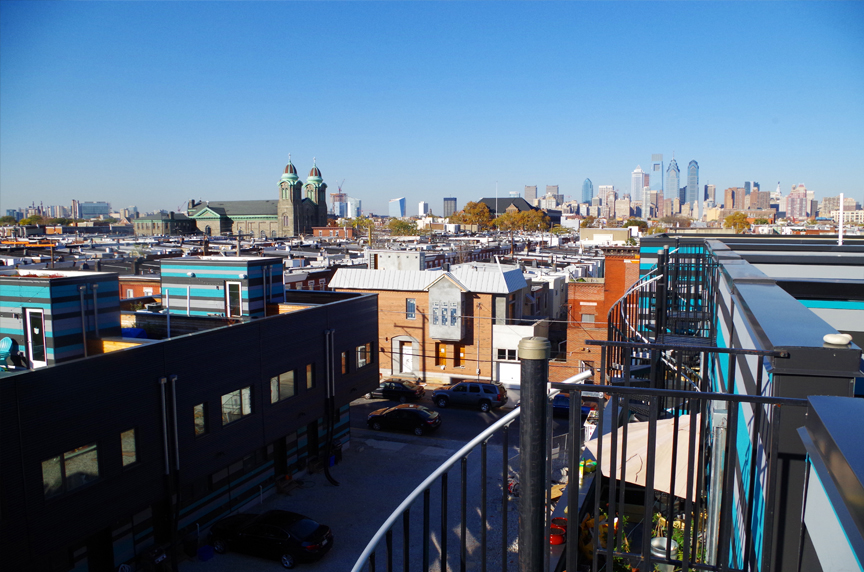 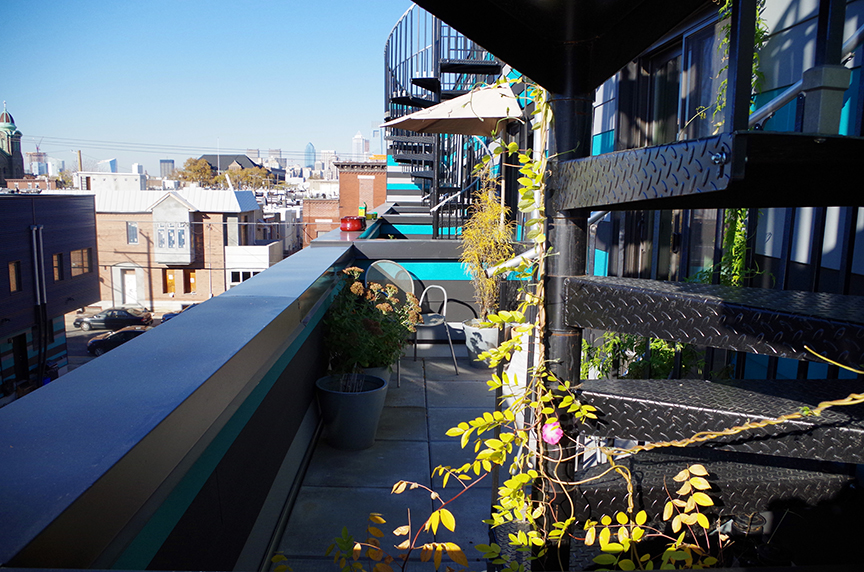 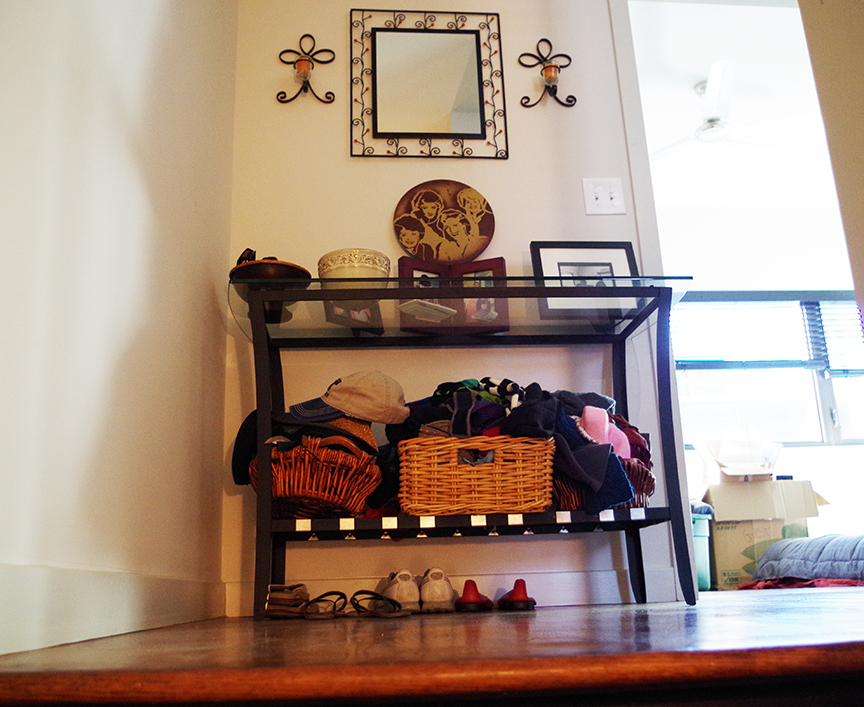 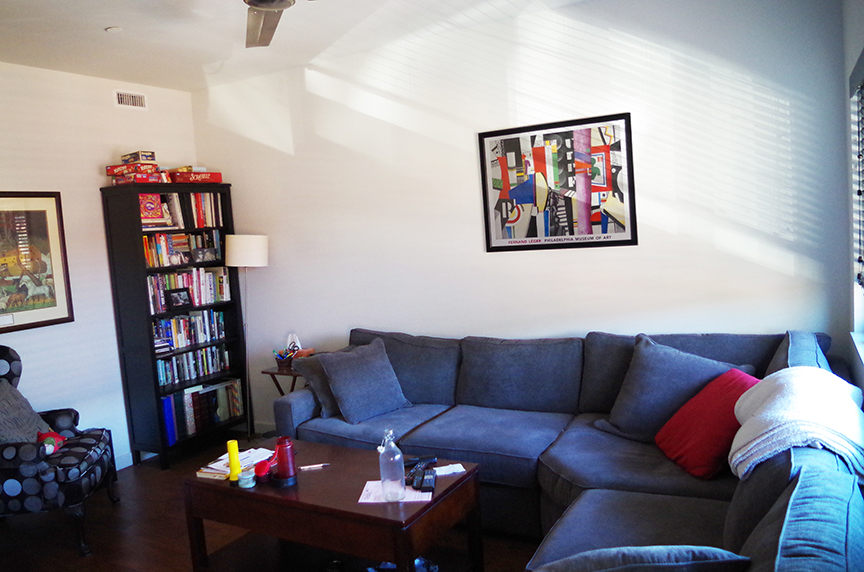 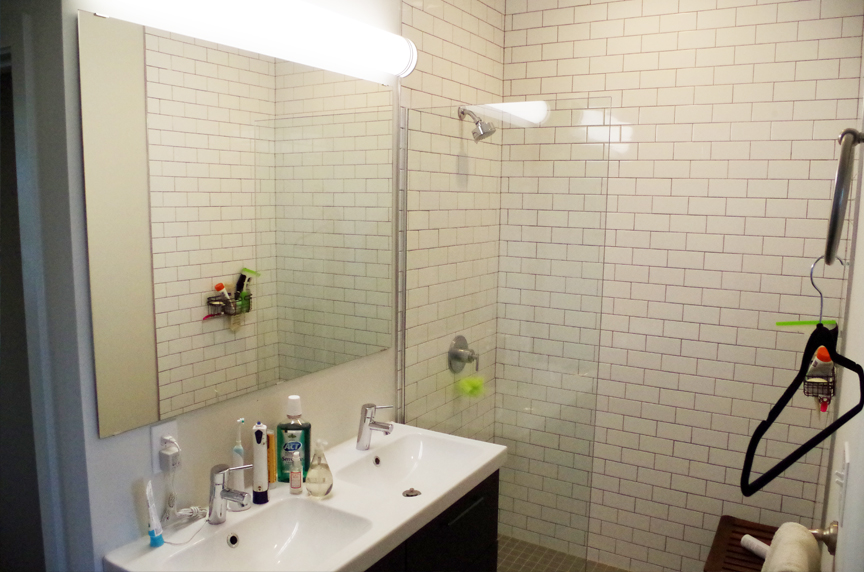